1a. Which countries do you associate with these pictures/ symbols? Why? Where have you seen them used? 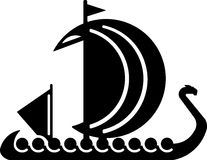 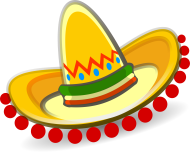 1b. What pictures or symbols are typical for the country where you come from? Are they used outside of the area in which you live? What do you think about their use by people who are not from the same culture as you?

What is Cultural Appropriation?

“Cultural appropriation” is a term that is often mentioned when discussing non-indigenous use of traditional symbols, arts and crafts. But what is “cultural appropriation” and when does it happen? A basic definition is that it is “the adoption or use of the elements of one culture by members of another culture” (Wikipedia). That doesn’t sound so bad, right? When different cultures come together, it is natural that they influence each other, and that this can be seen in arts, traditions, fashions, etc. This forms a cultural exchange, where elements are assimilated into the other culture. Many people would say that cultural exchange is an important part of increasing understanding of other people, and leads to a more diverse and tolerant society.

But what if one of the cultures is clearly dominant, and they take elements of other culture against the wishes of the native people, or they take them without fully understanding their significance, and then use them in other contexts where their meaning is distorted or lost? Sometimes when cultural elements are taken from the original culture, such as sacred relgious symbolism, they can be used to give an “exotic” feel to new fashions or artistic works by people who don’t or won’t understand their significance. To many people in the original culture, such use can be seen as disrespectful, or as desecration of their culture.

An example of cultural appropriation is the story of a lullaby from the Solomon Islands. In 1969/1970,  a number of local songs were recorded and released as a part of a UNESCO project. One of the songs was a lullaby named “Rorogwela”, sung by a Northern Malaita woman called Afunakwa. In 1992, this lullaby was used as a vocal sample in the song “Sweet Lullaby” by the French electronica duo Deep Forest, and become a worldwide hit. Afunakwa was not originally credited for singing the vocal sample on the single. Deep Forest claimed they had asked permission of her to use her voice on their single, but it was later revealed she was never consulted before the song was made.

If approached correctly, cultural appropriation can be avoided. Lisa Hilli, an Australian artist born in Papua New Guinea, has worked with traditional Papua New Guinean culture in new forms. Since 2010, she has worked with creating “middi”, shell collars, which she found in the Australian Museum in Sydney. Traditionally, these collars were worn by Tolai men, and were believed to contain magic that would protect the wearer from harm. These middi collars are no longer made in Papua New Guinea and are now only found in museums. Hilli requested permission from the Tolai elders to start making middi, and gained their support for her work. After making them, she photographs them being worn by Tolai people.

In 2013, Air Pacific was rebranded as Fiji Airways. Makerata Matemosi, a well-known Fijian artist, was comissioned to produce a set of “masi” motifs that would be applied to the company’s products. Masi play an important role in Fijian iTaukei culture, and are used in ceremonies and for decoration. Passed down from generation to generation, they are a source of great pride and are an important part of the iTaukei identity.

When Fiji Airways released the 15 masi motifs that Matemosi had created for them, they made an application to trademark them, causing strong reactions from the Fiji Islanders. The protesters argued that a company should not own legal and commercial rights to these native motifs used in popular Fijian art. Trademarking the motifs was seen as a way of closing off the culture from its owners, rather than giving masi motifs their traditional status as communal property of the iTaukei people.

To read more about the Fiji Airways conflict: 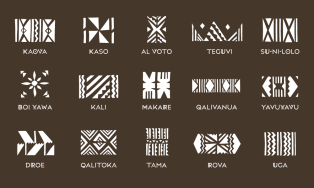 Work in groups of 3.

2. If you were explaining cultural appropriation to someone who had never heard of it before, how would you describe it?

3a. Look at the examples from the Solomon Islands and from Papua New Guinea. What lessons for avoiding cultural appropriation can be learnt from these two examples?

3b. Write a short practical guide to avoiding cultural appropriation from what you have discussed in 3a.

4a. What did Fiji Airways do right and what did they do wrong? Why did they get accused of cultural appropriation?

4b. Could the conflict with Fiji Airways be seen as an example of how western and indigenous worldviews can come into conflict with one another? Look here if you haven’t considered the differences between indigenous and western worldviews.

5. Choose one of the examples below to work with. Read the article and present to the others in your group: 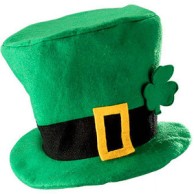 6b. Look again at your answers to 1b. Can you think of any times when you feel that cultural appropriation of your cultural symbols is taking place? When and why?