Niillas Holmberg is a Sami poet, musician, actor and activist. He has published five books of poetry and has been translated into more than ten languages. As a musician he works as a vocalist, guitarist, composer and lyricist. For many years he has been involved in several movements against exploitation of nature, such as mining, in the traditional Sami areas. 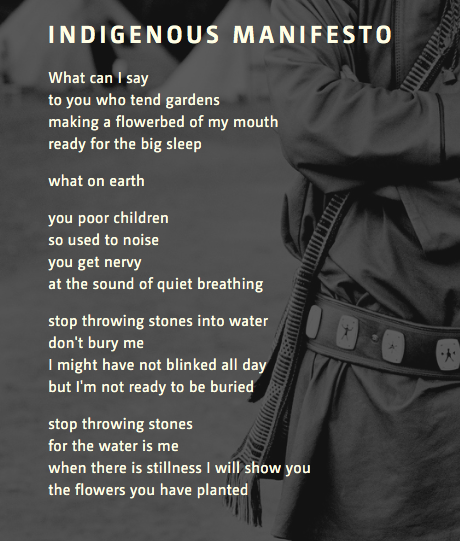 In this video, you can see Niillas Holmberg singing at the site of the Ellos Deatnu protest. He uses traditional joik in his song:

Alice Eather was an Indigenous Australian poet who used her poetry to fight against mining in Northern Australia. You can find out more about her and her poetry here.

Word document of poem in English and in Sami: Indigenous Manifesto Holmberg